The mystery of the Isle of Pigs

The mystery of the Isle of Pigs 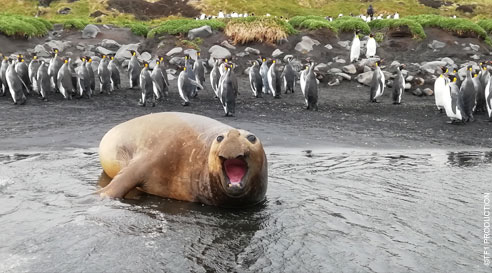 An exceptional expedition to a lost island in the Southern Lands where man hadn’t set foot for 40 years. The Isle of Pigs, an integral nature reserve, was home to the world’s largest colony of king penguins. Aerial photos revealed a significant decline in the penguin population. In November 2019 scientists are sent on site to investigate this surprising and incomprehensible phenomenon because in the other islands of the Crozet and Kerguelen archipelago the colonies of king penguins are increasing.

During 6 days they will camp under the wind and the rain of the 50th parallel south to try to solve this enigma. Trying to solve the mystery of the island of pigs. Their scenery is an almost virgin territory where the mark of the passage of man is almost absent, a sanctuary of wildlife, a paradise of large albatrosses, sea elephants, giant petrels and gorfous. Michel Izard and Bertrand Lachat followed this expedition step by step.