Understand the impact of climate change on arctic fauna

My research interests lie in the influence of environmental changes on the population dynamics and genetics of wild animal populations. Most of my studies are focused on man-made changes, and can have application in conservation biology.
I am currently a Post-doc at the CEBC, collaborating with Christophe Barbraud (CEBC – Marine predators) and George Divoky (Cooper island arctic research – Alaska) to work on an environment where climate warming is one of the fastest on the planet: the arctic.
We study the impact of climate warming on arctic fauna through the Black guillemot colony of Cooper island (cooperisland.org). This seabird is mainly feeding in the marginal ice zone – while sea ice extent is constantly decreasing since the second half of the twentieth century – and birds breeding on Cooper Island has been monitored and ringed since 45 years. The current demographic trend (loss of 70% of the colony along the years) suggest a huge effect of climate change on those birds, but my work consists of understanding which climatic and oceanographic characteristics and population dynamic parameters are involved in this demographic collapse. 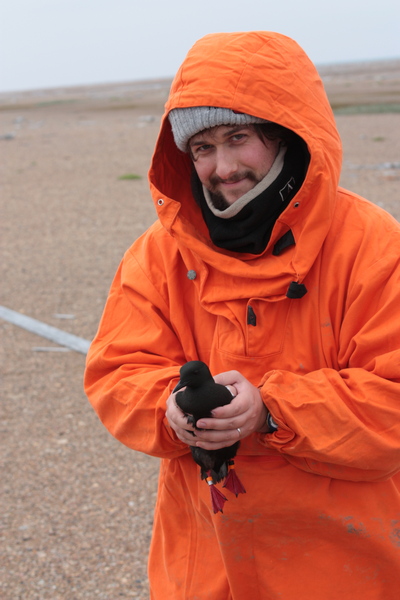