Many of the birds residing on the agricultural plains have seen their populations decline dangerously over the past 50 years. One of the most well-documented cases is that of the grey partridge, an emblematic hunting bird whose European populations continue to decline. The causes of this decline have not yet been formally identified. The application of plant protection products could be one of the factors responsible for this decline by directly killing individuals (direct effect) and/or by reducing available food such as insects and/or by weakening them physiologically (indirect effects). Moreover, this species is also highly appreciated by hunters. The increasing scarcity of the grey partridge has led to the breeding of wild individuals, which are then released during hunting. Whatever the mechanisms involved, these releases do not seem sufficient to halt the decline of this species in agrosystems. This raises the question of the methods underlying these releases. My thesis is thus interested in the causes of the decline of the grey partridge, but also in the techniques used to halt this decline. The first objective of my thesis is to study the sublethal effects of phytosanitary products on the physiology and behaviour of grey partridges. The second objective of my thesis concerns the conservation issues surrounding this species in partnership with the Fédération des Chasseurs des Deux-Sèvres. 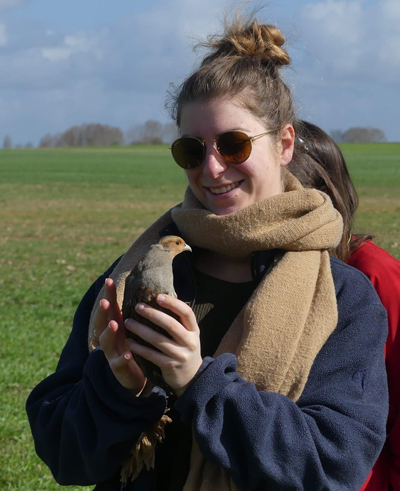