New Caledonia’s lagoon is one of the largest on the planet and one of the main hotspots of marine biodiversity. Nickel mines represent considerable economic stakes. The factories discharge about 10 million m3 of waste into the lagoon. We regurgitated marine snakes and collected their prey (fish) from their stomachs. The concentrations of metals from mining activities (nickel, manganese & chromium) measured in these fish are the highest ever obtained (e.g. 20µg of Nickel per g of muscle). Concentrations are higher in coastal sites where the plants are located. These results show that nickel mining is a source of strong contamination of the lagoon. It is now important to estimate the physiological, behavioural and demographic consequences on the organisms living there. 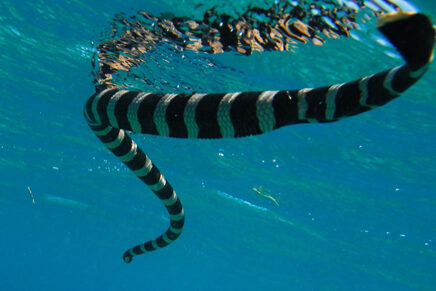 Within agricultural landscapes, biodiversity is exposed to a multitude of agrochemical inputs. In addition to dramatic lethal effects, these substances are also known as endocrine disruptors that affect the functioning of organisms. We are examining the effects of these substances in ubiquitous species: passerines, amphibians present both in agricultural areas and in a priori more preserved environments such as forests. The passerines are subjected to these phytosanitary products via their diet throughout their life cycle. Amphibians, for their part, are subjected to these molecules mainly during their larval life. Thanks to these studies we show that these species are contaminated by agrochemical products and their residues. This contamination results in disturbances that influence the development, morphology, reproduction and survival of the species under consideration. Above all, our studies show that very low doses of these products are sufficient to disturb these wild organisms.

Impact of pollutants on Arctic birds

Despite its remoteness from industrial and agricultural centres, the Arctic is the scene of major pollution by numerous contaminants carried by atmospheric currents, such as persistent organic pollutants (POPs), such as organochlorine pesticides (e.g. DDT) and PCBs used as electrical insulators. There are also certain emerging POPs used as waterproofing or non-stick products (PFASs). Finally, among the heavy metals, mercury is also very present in the Arctic. These contaminants persist for decades and accumulate in the tissues of polar animals. The team’s work on Arctic birds (Spitsbergen) shows that mercury and POPs can disrupt key hormones for reproduction, reduce the intensity of colour signals involved in pairing and accelerate ageing. Finally, based on the monitoring of banded birds, we have shown a long-term impact of these contaminants on fecundity, survival and ultimately population dynamics. 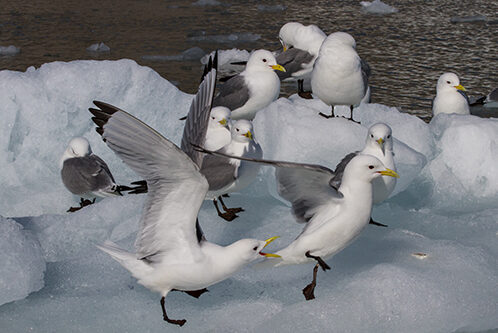 Toxics in the Arctic